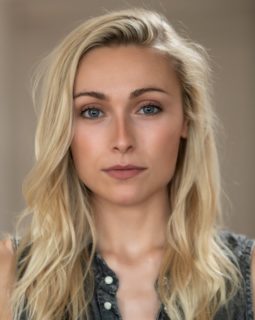 Tiffany is a working professional actress and model (and previous children’s party entertainer) who started performing when she was seven. Since then, she has appeared in various television, film and stage productions, with actors such as Samuel L Jackson, John Cusak, Annabelle Wallace, Jaime King, Sophie Rundle and Jason Durr.

Tiffany attended Talbot Heath School where she took her GCSE’s and gained three A Levels in Theatre Studies, English Literature and Philosophy & Ethics. She then studied at the Arts University Bournemouth and graduated in 2016 with a BA Honours degree in Acting.

Tiffany started teaching drama classes and holiday schools at Direct Theatre 9 years ago and has loved watching numerous students grow into brilliant young adult performers. She has had great success with her private pupils and students at Dumpton School in LAMDA examinations, with many of them obtaining top marks. She has also worked as a public centre steward for LAMDA so can see the process from both sides.

Whilst attending Direct Theatre School Tiffany herself achieved top marks in LAMDA exams up to Gold Medal and also had numerous wins over nine years, including overall champion, at the Bournemouth Music, Speech & Drama Festival on multiple occasions.

As well as looking forward to passing on her experience and expertise to even more young people, Tiffany continues to work in the industry herself which she believes enables her to give even more of an insight into the world of performance to her pupils. Whether it be to eventually enter the performing arts world as a professional or take part in amateur dramatics or simply to build confidence in everyday life situations, Tiffany strongly believes studying drama can benefit every child in a positive way. 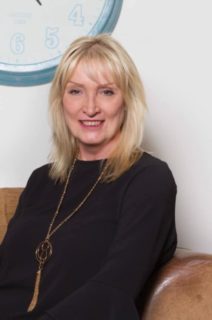 Deborah was born in England but moved to Bermuda in 1969 with her parents and completed her education there. Deborah was very much involved in sports, including sailing, netball, tennis and swimming and her first job was as a part time lifeguard.  After finishing school, she became a trainee accountant, but soon realised it just wasn’t for her. She moved to the reinsurance industry, eventually having several roles as Claims Managers but after several years she realised that she just wasn’t enjoying this type of office role and followed her heart to her true love, tennis, working with her mother at her tennis club. Whilst still playing daily Deborah eventually moved into the hotel industry becoming Reservation Manager at one of Bermuda’s top hotels for many years before moving to an internationally acclaimed time share resort as the Sales and Marketing Manager.

In 1991 Deborah moved back to England with her soon to be husband. A couple of years later, seeing an opportunity in the market, she and her mother established their own successful care business based in Southbourne. She cherished the time working with her mother again in a family business. After selling the care business Deborah and her husband John set up a confectionary company and had both a mobile and three static sites. At the same time, they set up a small property development business. All this whilst being a full-time mother and (unofficial and unpaid) manager to daughter Tiffany’s acting career. Currently Deborah also works part time as a Personal Assistant to an international head-hunter.

Whilst all these careers are very different in nature, one aspect has stayed consistent and Deborah thrives in – her flair for administration and organisation and attention to detail. She also thoroughly enjoys both the risks and freedom of owning and running her own businesses.

Deborah has been involved in all aspects of Tiffany’s acting life and as such, knows that it is exceptionally important that children in this industry are well prepared and looked after to ensure their wellbeing, but also to enjoy the experience.

Deborah has always loved the Performing Arts, not so much in front of the audience or camera (although she was a model for several years) but rather enjoying watching varied productions of differing genres or behind the scenes. She has assisted in numerous theatrical productions as head of hair and make up and as head chaperone, so knows what is involved with the running and organisation of putting on a show! She also works for LAMDA at the Bournemouth public centre being the first and last port of call for the hundreds of candidates and resolving the numerous issues inevitably occur.

If Tiffany is the ‘theatrical brains’ of Direct Theatre, Deborah is definitely the ‘business brains’, without which, it would be impossible to run the school smoothly (Tiffany’s own words!)

Deborah is extremely excited and so very happy to be working with her daughter, just as she did with her own mother. 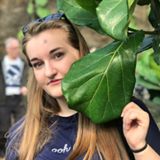 Meet our amazing teaching assistant Aimee! Aimee has been working with children for years and it clearly shows, because they love her! Whilst working at St Thomas Garnett school, Aimee set up and continues to run their very successful dance club, and is always in charge of Direct Theatre’s holiday school dance routines.