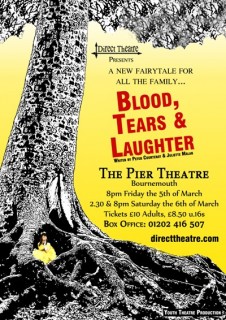 Peter Courtenay wrote this play for our cast of 35 young people and it was staged at The Pier Theatre Bournemouth in March 2010. ‘Blood, Tears and Laughter’ is a new fairy tale for all the family. An ensemble piece which plays with the different theatrical styles of story telling.

“Set in a land where stories are forbidden, three sisters have three very different adventures in an attempt to break a powerful spell that grips their land. There are dragons, giants, pirates, magic and sword fights in this dark, fast paced production” 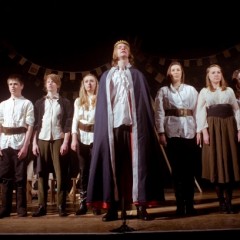 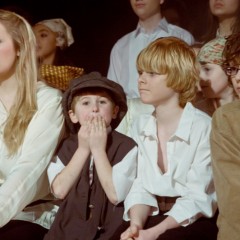 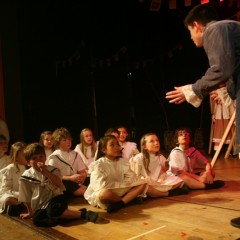 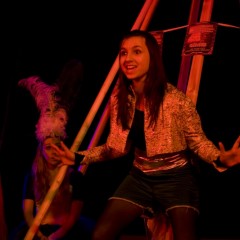 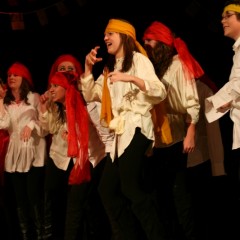